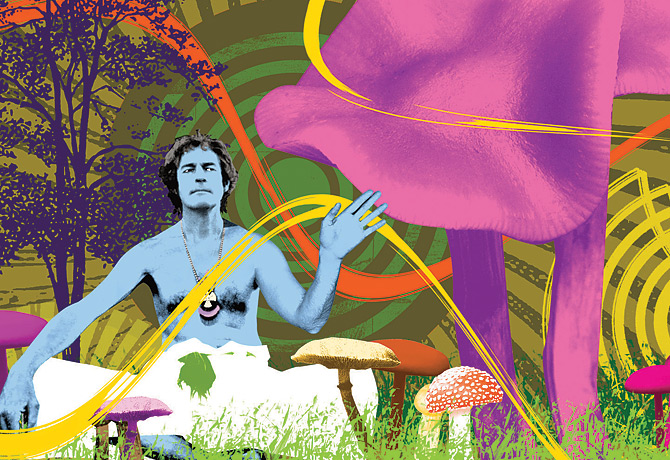 Are psychedelics good for you? It’s such a hippie relic of a question that it’s almost embarrassing to ask. But a quiet psychedelic renaissance is beginning at the highest levels of American science, including the National Institute of Mental Health (NIMH) and Harvard, which is conducting what is thought to be its first research into therapeutic uses of psychedelics (in this case, Ecstasy) since the university fired Timothy Leary in 1963. But should we be prying open the doors of perception again? Wasn’t the whole thing a disaster the first time?

The answer to both questions is yes. The study of psychedelics in the ’50s and ’60s eventually devolved into the drug free-for-all of the ’70s. But the new research is careful and promising. Last year two top journals, the Archives of General Psychiatry and the Journal of Clinical Psychiatry, published papers showing clear benefits from the use of psychedelics to treat mental illness. Both were small studies, just 27 subjects total. But the Archives paper–whose lead author, Dr. Carlos Zarate Jr., is chief of the Mood and Anxiety Disorders Research Unit at NIMH–found “robust and rapid antidepressant effects” that remained for a week after depressed subjects were given ketamine (colloquial name: Special K or usually just k). In the other study, a team led by Dr. Francisco Moreno of the University of Arizona gave psilocybin (the merrymaking chemical in psychedelic mushrooms) to obsessive-compulsive-disorder patients, most of whom later showed “acute reductions in core OCD symptoms.” Now researchers at Harvard are studying how Ecstasy might help alleviate anxiety disorders, and the Beckley Foundation, a British trust, has received approval to begin what will be the first human studies with LSD since the 1970s.