When we have a headache, it’s easy to grab a pill for the pain. But what do we do when we’re in a bit of a slump? Some people swear by supplements reported to boost serotonin (the happy chemical) and your mood, but even herbal supplements have risks. Most of these supplements are unregulated or poorly regulated, and are not considered “drugs”. They can have mild to severe side effects, and dangerous interactions with prescription pharmaceuticals as well as recreational party drugs. There are many of these supplements available on the market, but we’re going to look at a few common ones in this blog: St. John’s Wort, 5-HTP, and valerian root. 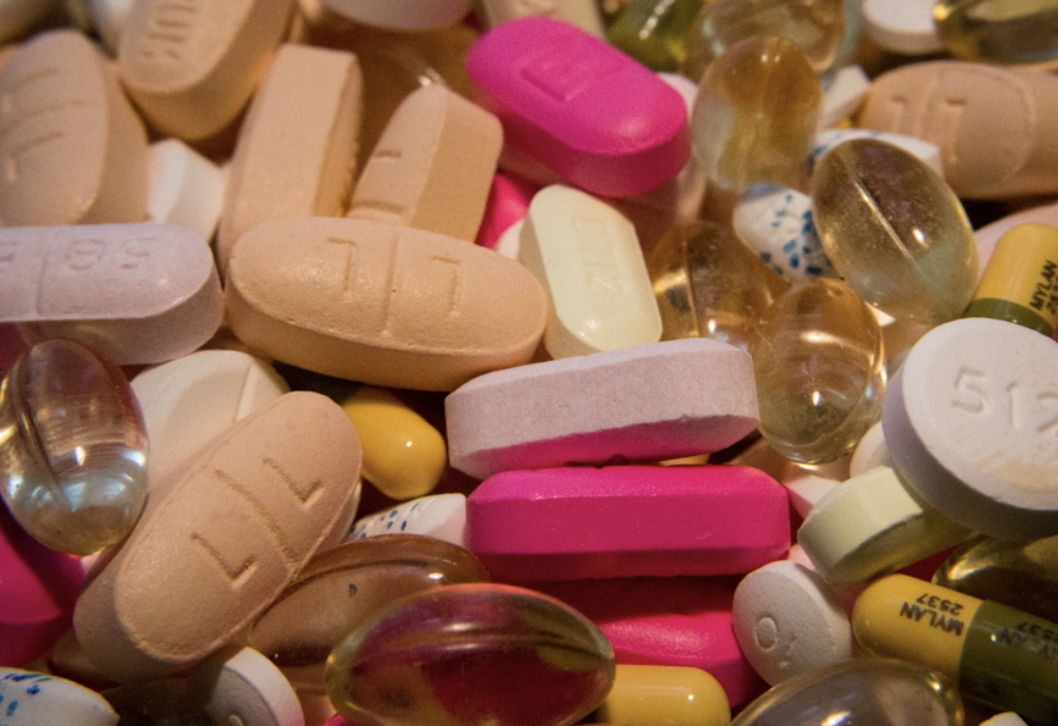 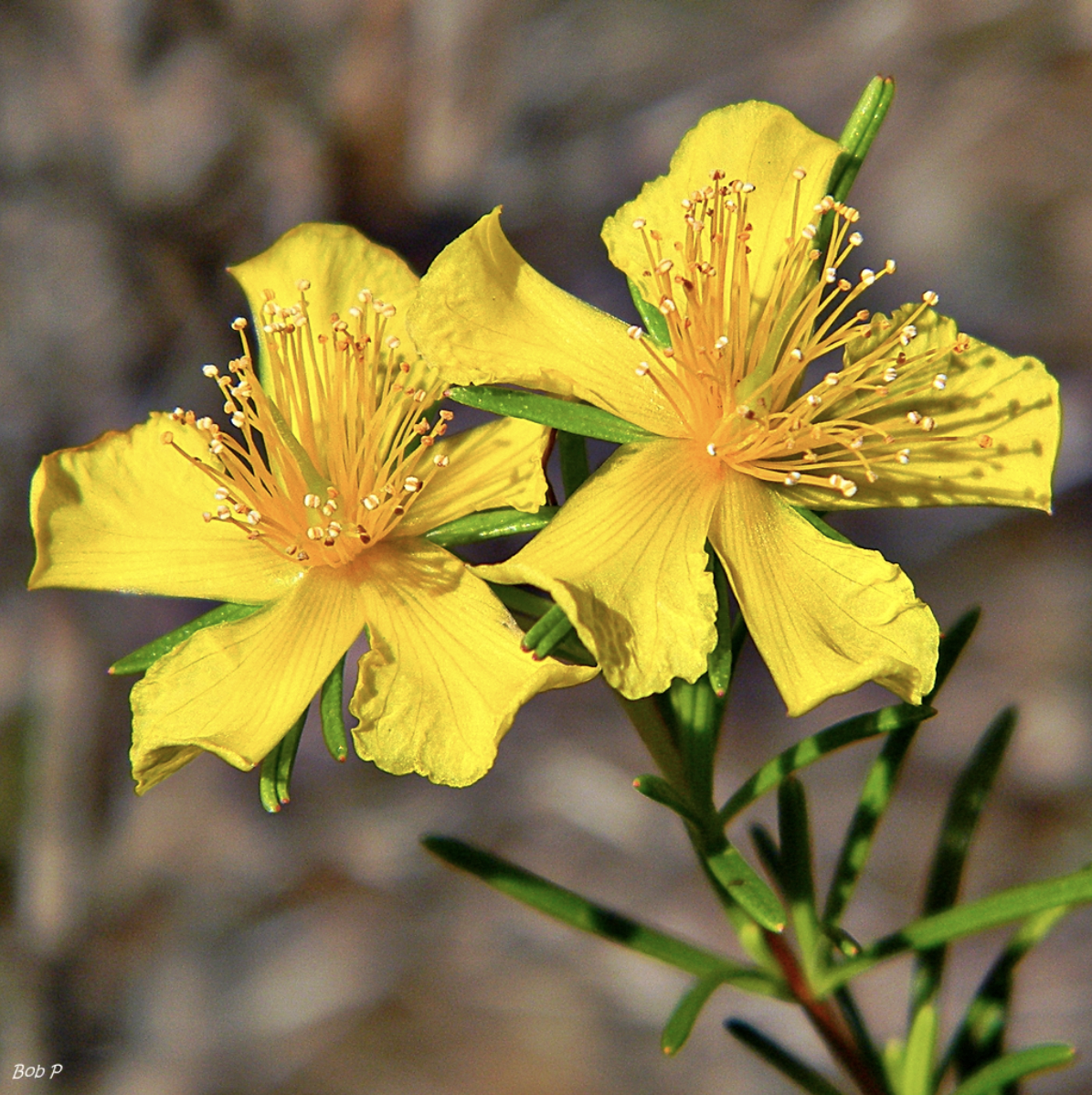 St. John’s Wort is a flowering yellow plant called Hypericum Perforatum which is used in traditional and folk medicine, as well as herbalism. It is claimed to reduce anxiety, and could have antidepressant effects. St. John’s wort is available by prescription in Europe, and is infrequently prescribed for depression in children in Germany. It is available over the counter in Canada and the USA. Earlier studies in the late 80’s to mid 90’s showed it to have better effects than traditional antidepressants; however, recent studies in the 2000’s have not proven any of these claims. These studies have found it to be less effective than assumed in earlier trials, but evidence remains inconsistent.

Caution: St. John’s wort interacts with serotonin altering medications including: SSRIs, SNRI’s, MAOIs, and other antidepressants, antianxiety or mood regulation drugs as well as cold, flu, and cough medications, antihistamines or allergy pills, sleep aids, ADD/ADHD stimulants, migraine medications, dopamine agonists (Parkinson’s disease medications) and opioid pain medications. It also interacts with recreational drugs that affect serotonin including: MDMA, cocaine, LSD, and amphetamines.  Taking any of these medications with St. John’s Wort can lead to serotonin syndrome, or having too much serotonin in the brain which can be fatal. Symptoms of serotonin syndrome include: fever, shivering, sweating, high blood pressure, rapid or irregular heart beat, agitation, confusion, involuntary twitching or tremors, seizures, loss of consciousness or coma. St. John’s wort can increase your risk of seizures and should not be taken by those with epilepsy or other seizure disorders. 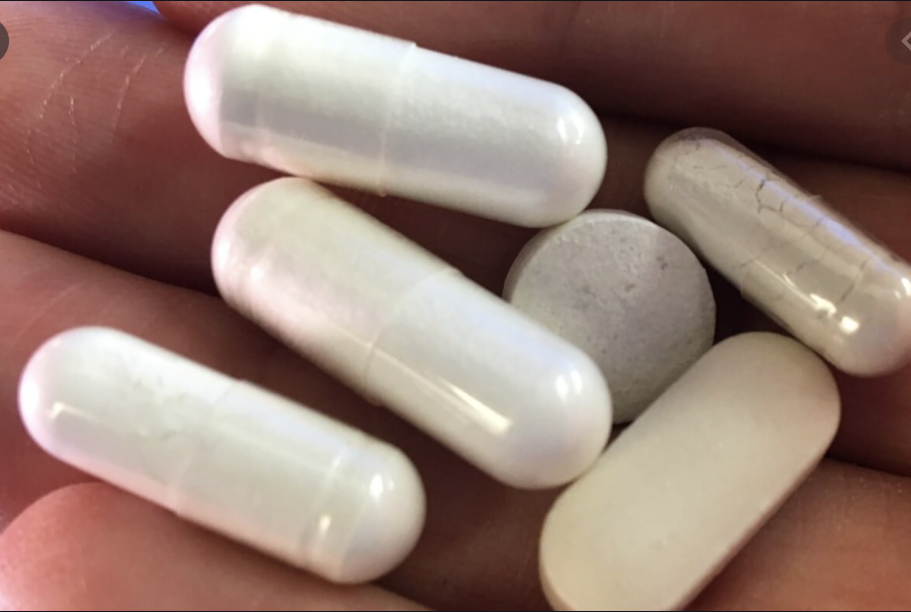 5-HTP or 5-Hydroxytryptophan is an African plant called Griffonia simplicifolia, which is commonly sold as a mood improvement supplement. 5-HTP is the immediate precursor to serotonin production, which in theory, can help your body to produce serotonin more quickly than your regular diet. As it is a natural supplement, it is

not regulated as a drug and does not come with many warnings when purchased. If you have taken any party drugs, you have probably heard about 5-HTP as many partiers swear by it as a treatment to the post rave blues, especially after a fun fuelled night of MDMA. Some partiers will even “preload” with 5-HTP before taking a serotonin releasing party drug, which is a risky practice that can lead to serotonin syndrome. 5-HTP is also used by some for sleep disorders, depression, anxiety or other conditions.

If you do plan on using 5-HTP for a mood boost or to help chase away those post party blues, make sure that you aren’t on any serotonin affecting drugs (listed above) and that you wait until you have completely come down if you have taken party drugs. It is generally recommended that you wait 24 hours before taking 5-HTP. Taking 5-HTP too early could make you feel some aspects of being high again, and can be very dangerous. Just looking to perk up a bit from summer in quarantine? 5-HTP can have some not so good interactions for those that have preexisting conditions such as unmedicated depression or anxiety, so make sure to talk to your doctor about 5-HTP and monitor your depression for any relapses. 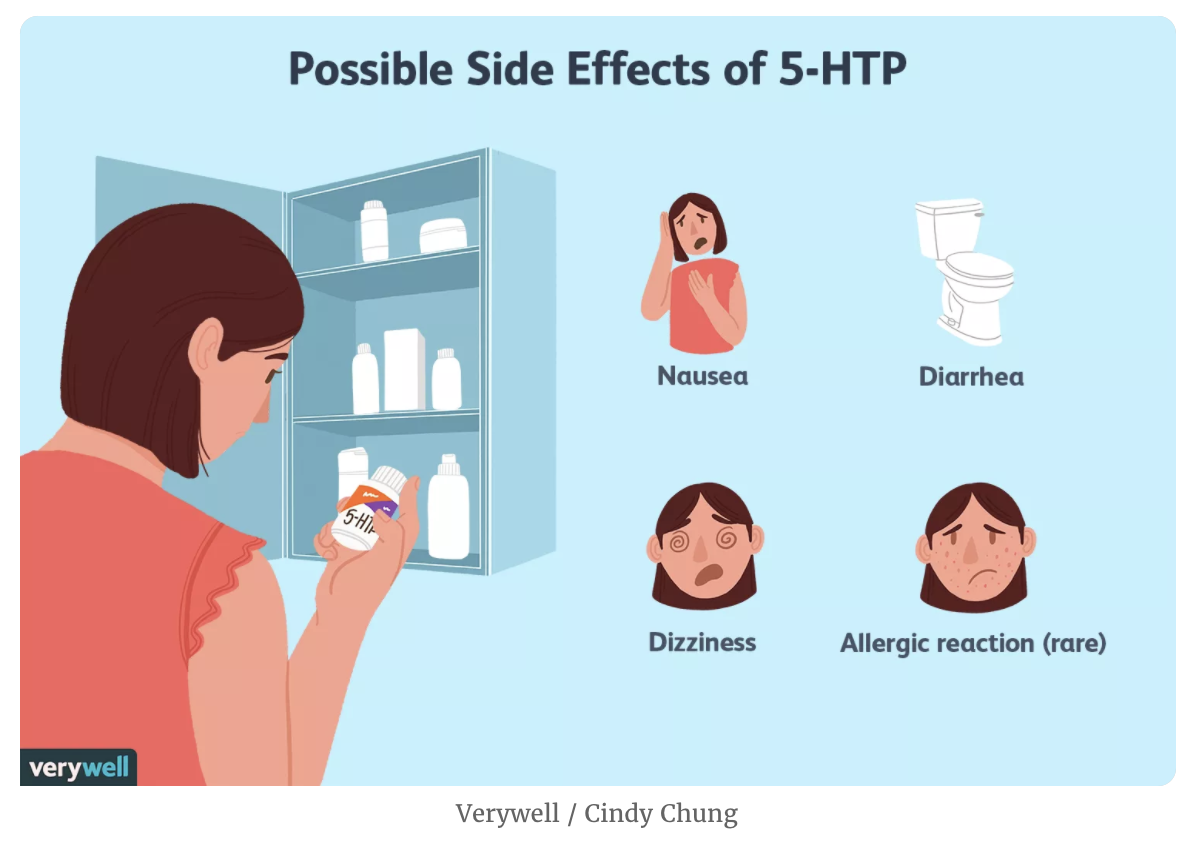 If you have decided to use 5-HTP, be aware of side effects such as: heartburn or stomach upset, stomach pain and nausea, vomiting or diarrhea, drowsiness, excitability, sexual problems or muscle problems. Always tell your health care provider if you have used 5-HTP, as it can interact with medications used for sedation during surgery. Contaminated 5-HTP has also been found to very rarely cause eosinophilia-myalgia syndrome (EMS), which is a rare disease caused by bacterial contamination and causes severe debilitating neurological damage. Symptoms of EMS include: Acute pain and cramping in muscle tissue and joints, numbness, weakness or burning pain, tremors, rashes, hair loss, headaches, severe fatigue and others. EMS has no cure, and leads to severe complications. You should always buy 5-HTP from reputable brands and retailers that have rigorous testing and quality control.

Valerian is a herb native to Europe and Asia, that is also grown in North America. 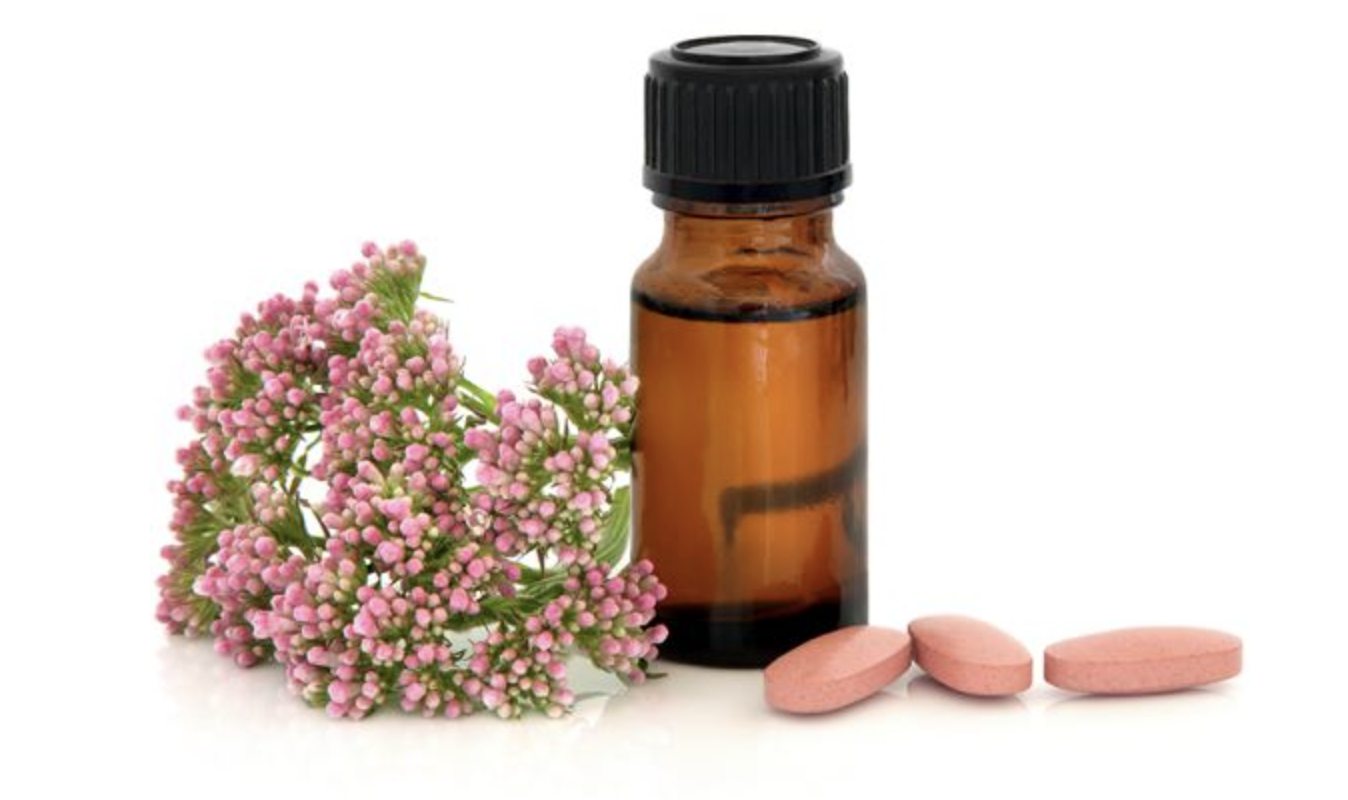 The root part of the plant is used as a herbal remedy to promote sleep and help anxiety or psychological stress.

Valerian has also been suggested to be taken after party drugs to help party-goers induce sleep. The ground root can be purchased powdered in capsules, as a liquid extract, or the roots themselves can be boiled into tea. Valerian is a common ingredient found in many sleep or sedative products, such as sleeping pills or sleepy teas. Valerian has a long history of use, including Ancient Greece and Rome where it was described by Greek physicians as a cure for insomnia. Scientific tests that have been conducted show either no effect or mild effect on insomnia, and have problems including low sample sizes, used different sources of Valerian, and did not account for placebo or bias. Valerian is usually well tolerated, and side effects include headache, stomach upset, excitability or uneasiness/anxiety, dry mouth, and vivid dreams. Suddenly stopping Valerian can cause withdrawal symptoms, so it is recommended to decrease your dose slowly over time.

Even though Valerian is a herb, it still has dangerous combination risks with pharmaceuticals and party drugs. It should not be taken with other drugs that cause sedation, including Alcohol, Benzodiazepines, and CNS depressants including Opioid pain medications and Barbiturates. Valerian root can also increase or decrease the speed at which your liver breaks down certain medications, including Xanax, heart medications, allergy medications, fungal medications, sleep aids, and others. You should also use caution with other herbs such as St.John’s wort, but it does not have the same dangers as serotonin affecting chemicals.