Welcome to the first installment in a multi-part series on ADHD and substance use! In this series we will be going in-depth on topics specific to adult ADHD and substance use including: common symptoms and behaviours of ADHD, the neurological aspects of ADHD, common habits around recreational drug use and self-medicating, and the prescription medications most commonly used by people with ADHD. This first part of the series hopes to give a brief overview clarifying common ideas and misconceptions about ADHD and how substance use can become a part of the ADHD lived experience.

You may have heard or read somewhere that it’s more likely for people with Attention Deficit Hyperactivity Disorder (ADHD) to develop substance use issues or even just generally struggle with self-moderation when it comes to substances. In fact, as many as a quarter of adults seeking treatment for substance use related disorders also have an ADHD diagnosis. 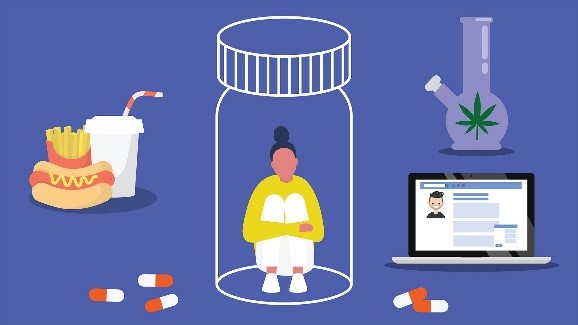 That also doesn’t account for all the people that may suspect they have ADHD but are undiagnosed, or those that maybe don’t even realize they have it to begin with. But how does that actually present itself in real life? What does it look like to be an adult with ADHD trying to help mitigate some of those symptoms with substances and self-medicating? First we have to start with outlining what some of those symptoms are. 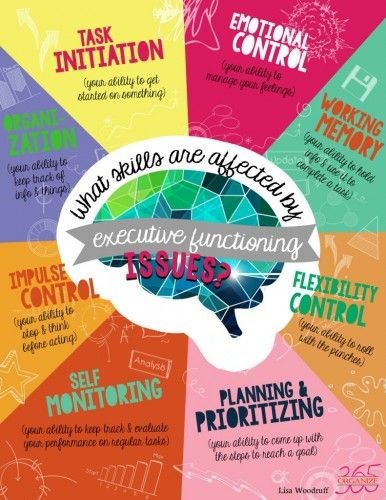 “Attention Deficit Hyperactivity Disorder” is more commonly thought by educators on this complex neurological condition to not be the best name to accurately portray the ADHD experience. “Executive functioning disorder” may be more accurate since the truth of living with ADHD has a lot to do with struggling over general executive functions. Executive functions can include but are not limited to things like getting started on a task, emotional regulation, working memory, and sensory experiences ranging from how one perceives the passage of time to how one processes auditory information. Often when you think of ADHD you might flash to a memory of that one kid in the back of your elementary school class that had a knack for being loud, disruptive, probably something of a class clown, and just generally all over the place. In fact, many of our preconceived notions of what ADHD looks like probably comes from diagnostic criteria that was largely based on behaviour during childhood and – more specifically – behaviour exhibited by boys/males. 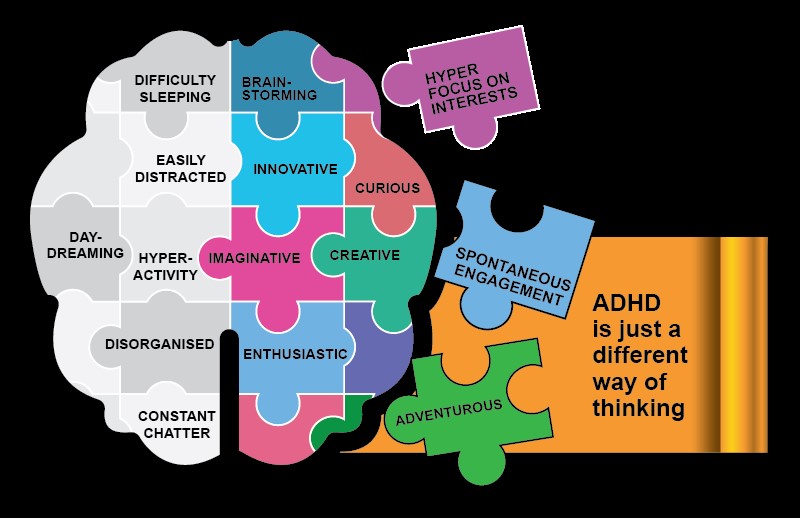 Now we know there are multiple ways that ADHD can present in adults of any gender that don’t just have to do with chaotically bouncing off the walls and lacking in organizational skills (though that can be part of it). Hopefully through learning more about these symptoms we can undo some of those stigmatizing assumptions. Let’s start by learning a bit about the characteristics of adult ADHD that are most relevant when it comes to substance use.

Here is a more detailed breakdown of 14 common symptoms of ADHD in adults, but probably some of the most significant symptoms in terms of self-medicating and substance use can include (but are not limited to):

That’s only a small part of potential symptoms, many are even subsequent or secondary symptoms of those listed above. All of these symptoms and resulting behaviours can cause a lot of strain for interpersonal relationships, school and career goals, or even basic self-care and personal health. Someone with ADHD who doesn’t know it (or even if they do) may internalize common ADHD struggles and “mistakes” as something that is “wrong” with them and deal with a lot of self-criticism or criticism from others as a result. Sometimes that even becomes internalized as trauma from repeatedly being scolded for behaviour that never changes. Often people with ADHD also have some form of depression or anxiety as a result of their ADHD, perhaps even hiding the underlying ADHD to a clinician. All of that can come together to create a pretty negative and detrimental self-image. So, how do we cope? There are many strategies for managing one’s ADHD and subsequent symptoms but a common method is to medicate (whether self or prescribed).

Substance Use and Self-Medicating 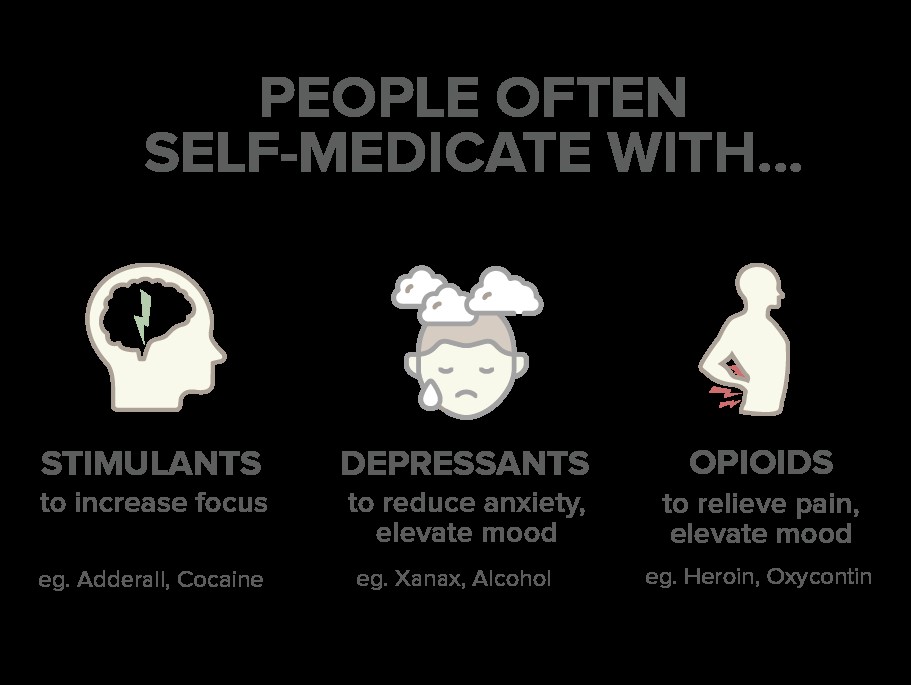 In many cases, substance use with ADHD adults can be entirely about the fun of getting intoxicated, or on the flip side it can be a version of self-harm and a result of generally seeking out self-destructive behaviours. While it’s true that negative self-esteem issues, dealing with constant criticism, and the harsh reality of navigating a world designed by and for neurotypical brains can lead someone to engage in self-destructive or escapist habits, the truth is that most cases of substance use in young adults are in the interest of self-medicating. Have you ever smoked some weed to shut your brain off for long enough to enjoy some TV or even just get to sleep? How about having a drink at the end of a stressful day, or drinking socially to deal with social anxiety? Perhaps you’re a raver hitting the latter half of your twenties and – realizing you don’t have the energy of a teenager anymore – you indulge in some cocaine to make it through a night of dancing and drinks? There’s nothing wrong with having fun or learning how to aid yourself in achieving a higher level of comfort and confidence, doing so is arguably even more common practice for people with ADHD, and that doesn’t mean you have a “problem” or that there’s anything “wrong” with you! However, these are also things that are likely practiced much more frequently or to greater extremes by people dealing with the constant symptoms of ADHD, and that’s when self-medicating can develop into substance use disorder and become more complicated and challenging.

The upside for people with ADHD is that treatment for ADHD itself can help avoid developing any additional substance use related issues. Often, this involves medication, or some sort of coaching/behavioral therapy, or a combination of both. Managing ADHD – much like managing substance use – has to do with developing skills and strategies for organizing one’s own space, mood, energy levels, schedules, social realm, and other aspects of day-to-day life. This can include regular therapy, having a good exercise regimen for all that excess energy, and mindfulness techniques to help with recovery and getting grounded. When it comes to medication, ADHD is usually treated with stimulants: either methylphenidate or amphetamine. Often this raises alarm bells for people given the addictive nature of stimulants, but like many other medications they can be of huge help at the right doses and with the guidance of a medical professional. Also, like with harm reduction when it comes to any recreational drug, being careful about dosage with a product you know is uncontaminated can go a long way to mitigating risks and saving lives. In people with ADHD, taking prescription stimulants with the advice of a doctor can actually reduce the risk of developing issues with substance use. Realistically, it makes sense that if you’re getting the right amounts of the right drugs you need on a daily basis, you’re probably less likely to seek out and use their recreational counterparts to excess, no? However, formal medical treatment isn’t accessible to everyone, especially when it comes to stimulant medication, and that can be one of the many hurdles that those living without a diagnosis have to deal with.

Struggling with substance use can be complicated, difficult, alienating and lonely, expensive, dangerous, and often goes misunderstood. If you are starting to consider that your use may be problematic, scroll down for some links to programs that might be helpful for you. Talk to your doctor if you think you might have ADHD to see what options there are for diagnosis and treatment. Also, stay tuned for part two of this series in which we will go into details on the neurological aspects of ADHD and how that can create a neurochemical need for certain substances. Most importantly know that your experiences, needs, and feelings around substance use and mental health (or anything else!) are valid and you are never alone in your struggle, ADHD or not. We at Trip! Project are here for you; don’t hesitate to reach out to a peer or volunteer if you’re in need of support! <3