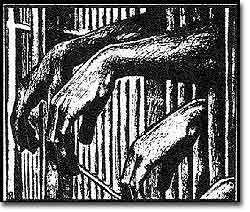 On November 20th, 2007 the long anticipated Conservative changes to the nation’s drug laws began their first reading in Parliament. While in theory that means there’s a long way to go and many obstacles before these changes (collectively known as Bill C-26) actually become the law of the land, never underestimate a determined government’s power to ram through legislation at breakneck speed (i.e. the terrorism laws quickly enacted after 9/11).

Shortly after their election the Conservative Party completely removed any mention of Harm Reduction from their Anti-Drug Strategy, putting many innovative and cutting edge projects in jeopardy. Determined to pursue a War on Drugs approach to substance use in Canada (an approach that is a demonstrable failure in the very land it originated, the United States), this is what the Conservatives have decided to replace Harm Reduction with.