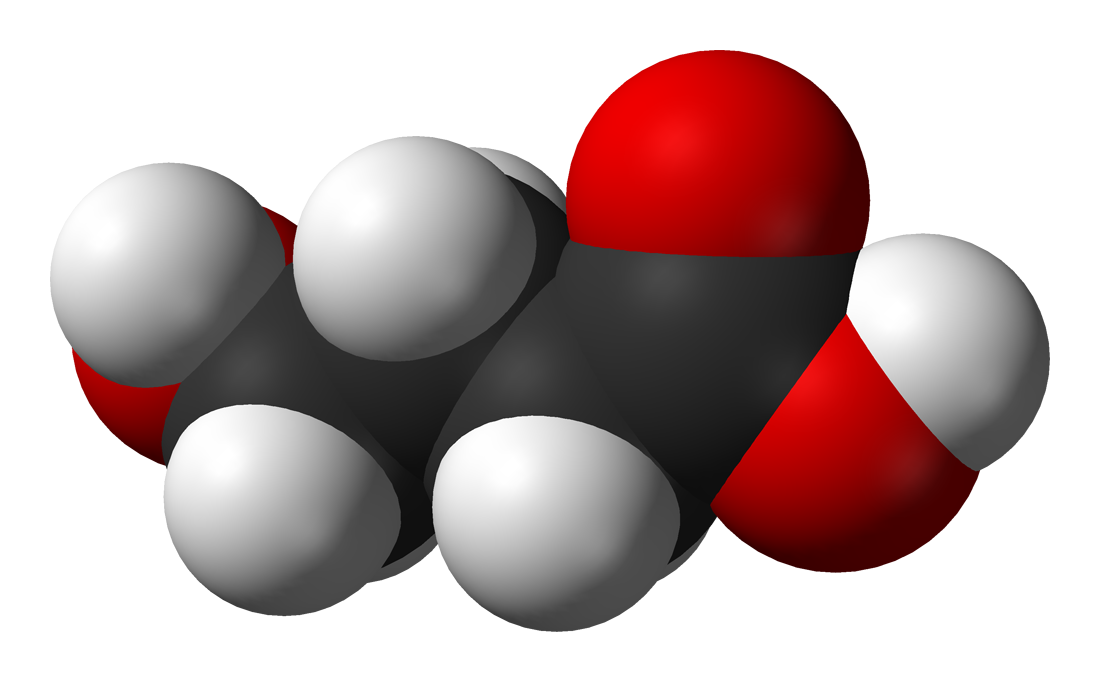 GHB has been up and down in popularity in Toronto’s party scene for decades. Some of the things that make GHB appealing as a party drug are its effects that are often described as being a cleaner feeling and more fun version of alcohol. GHB’s subjective effects are similar to alcohol in terms of the sedation and loss of coordination, but compared to alcohol, GHB tends to feature some slightly MDMAish feeling effects as well, with more pronounced experiences of social disinhibition and increased empathy, as well as more pronounced body high that is usually not present with alcohol. However, this aspect of the GHB experience is nowhere comparable to MDMA. GHB does not usually produce as severe of a hangover or a comedown like alcohol or MDMA might, which contributes to its appeal as a party drug. Some people like mixing GHB with stimulants or MDMA because it mellows out the speed/MDMA buzz while also having a very synergistic effect with the MDMA/speed buzz. Some people use GHB as an alternative to benzos to assist with coming down and sleeping from more stimulating drugs at the end of the night.

GHB has a short duration, allowing one to go from stumbling drunk to sober within a couple hours- the level of intoxication can be titrated within short periods of time within one night in a manner that is not possible with alcohol. For example, you can get plastered at the party but by the time you need to go home, you’re sober enough to safely head home on the TTC without worrying about public intoxication. (Driving is not advised at least 6 hours after the last dose, and ideally not until the day after when one has fully slept).

However, since GHB is notorious for having a very steep dose-response curve, it has been attributed to many accidental overdoses, colloquially known as “G-ing out”, especially if one is not aware of this property of GHB and does not measure their doses. GHB overdoses cause one to go into a deep unconsciousness that resembles a coma, but is actually more like a very deep, unrousable sleep. GHB is actually used medically due to its ability to induce a deep sleep- people with narcolepsy are sometimes prescribed GHB at doses only slightly below what is considered an overdose because it induces a deep, restful sleep. The deep, restful sleep allows narcoleptics to finally be well slept, and no longer suffer from sleep attacks during the day.

Even though it may be a form of deep sleep, GHB overdoses can nonetheless look very scary, with the person’s eyes sometimes not fully closing, which makes them look comatose, or even lifeless. Anyone who is unconscious from GHB should immediately be placed in the recovery position (see below).

Sometimes, paramedics who are not familiar with the effects of GHB may initially be under the impression that one has fallen into a coma and may not recover, because GHB overdoses are able to so closely mimic a coma from things like strokes or severe brain injury. Letting the medic know that the person is overdosing on GHB provides vital information for medics to accurately assess the cause of a comatose state. The unconscious state from a GHB overdose resolves after the drug clears from the system within a few hours, and the unconscious state is temporary despite its severity. The main risk while one is G-ing out is choking on one’s vomit, which is prevented by putting one in the recovery position, or on their side with their mouth facing down. Most milder overdoses of GHB look scarier than they actually are, and the person wakes up feeling fine 1-4 hours later. However, more severe overdoses, especially if mixed with alcohol, can potentially become life threatening. The extremely deep, unrousable sleep often causes alarm at parties, sometimes drawing unwanted attention from authorities.

The recovery position ensures that a person who is unconscious does not choke on their vomit.

The main instances where one should seek medical attention immediately is if someone is G-ing out is when they are having seizures, or are so heavily unconscious that their breathing or other vitals are compromised. Observe whether a person’s breathing is too shallow or not, the breathing rate (should be over 10 breaths a minute), and the color of their fingernails of the inside of their lips- if it’s turning blueish, that’s a sign of decreased oxygen and medical attention is needed right away.

One of the issues present with GHB overdoses is that it can be difficult to tell how serious the situation actually is, and whether someone has just slightly overshot the dose and is just in a state of deep sleep, or whether it may be a more serious overdose, whether alcohol has also been ingested, etc. Even though most cases of G-ing out have a good prognosis, with the person awakening in a few hours, it should still be taken very seriously and the person must be very carefully monitored, ideally by a medical professional, or by someone who is carefully observing the person’s vitals and airway, ready to call 911 if anything gets worse.

People G-ing out has led to GHB being stigmatized as a scourge among partiers, paramedics, and bouncers, as a nightmare drug that causes people to drop like flies on the dance floor. As a result, GHB may be highly stigmatized in some circles, despite its soaring popularity. G-ing out is preventable as long as harm reduction guidelines are followed. As a matter of fact, as long as proper dosing guidelines are followed, GHB is actually less harmful than alcohol as an occasional party drug, as it does not cause the kind of organ damage that even occasional alcohol use has been linked to. Despite the steep dose-response curve, GHB has a low toxicity at non overdose levels, as it exists in the body naturally as a neurotransmitter in sub-intoxicating amounts and is easily metabolized by the liver. G-ing out is not an inevitable result of GHB use and is 100% preventable!

*Due to the dramatic nature of GHB overdoses which may cause parties to gather an unwanted level of attention from the authorities, some nightclub owners and party promoters ban it from their venue/event. Despite the stigma it carries in some circles, GHB is still rapidly increasing in popularity in the Toronto nightlife scene. *

How to prevent G-ing out:

GHB doses should always be measured in mL, not caps: Bottle caps are inconsistent in their volume and are not a reliable way to measure GHB doses. Even if one always uses the same bottle cap, even the half mL difference between euphoric intoxication and G-ing out is not visible when poured into a bottle cap- a “half cap” can be several mL off from the intended dose, especially if one is redosing. One should always use an oral syringe with mL measurements to measure GHB. Oral syringes can be obtained at any pharmacy, with 3mL syringes being ideal for GHB measurements.

Start with 1mL if using a new batch of GHB: GHB can vary in its concentration from one batch to another, and it is recommended to start with a light dose (1mL) to gauge how strong it is, before diving into the desired dose. 5mL of one batch of GHB might be just below the level of G-ing out for one batch of GHB, but can lead to G-ing out with even a slightly stronger batch, so it is imperative to test the waters first with a low dose.

Wait at least 30-60 minutes to allow GHB to fully kick in: Similar to alcohol, GHB tends to kick in faster than most other orally ingested drugs, with a typical onset time of 10-20 minutes, but like with alcohol, it can take up to 30-60 minutes with a full stomach, so caution with onset times is advised when assessing the effects of a dose.

Do not exceed 5mL within a 3-5 hour period- 3mL is usually all you need: Usually, doses above 5mL lead to G-ing out, and it is not recommended to exceed 5mL in one night, unless the doses are very spread out over longer than 5 hours, and redosing is with not more than half the original dose after it being to wear off. It is recommended to aim for 3mL when seeking the ideal level of intoxication without G-ing out, and 5mL is getting dangerously close to G-ing out.

If you are reasonably fucked up, enjoy your buzz, as more is not better with GHB: The dose of GHB that produces the highest extent of desired effects is usually a tiny fraction below an overdose. GHB is not like some other drugs where taking more feels better- if you feel really good from GHB, that usually means that’s about as good as you can possibly feel before G-ing out. Enjoy your buzz and beware that redosing will lead to unconsciousness rather than increased pleasure. If you want to extend the buzz, you are better off waiting about 2-3 hours and redosing with half the original dose.

GHB is very dangerous with alcohol, other downers, and dissociatives: These dosing guidelines apply to GHB on its own. Combinations of GHB with downers and dissociatives, especially alcohol, make its already steep dose response curve even steeper, and increase the risk of death from overdose dramatically. If one has started drinking, save the G for another night!

Beware of uppers masking the sedation: Uppers can synergize with GHB in a manner that produces very euphoric effects, with the excess sketchiness of the upper and excess sedation of the G both being neutralized, with one only feeling the desired effects of each. However, uppers can make it feel like one can handle more GHB than one actually can, so these dosing guidelines should be followed even if combinations with uppers mask sedation.

Make sure your GHB will not be mistaken for a beverage: Make sure that your GHB is properly labelled and/or dyed, or kept in a non-beverage container (ex. Nail polish remover bottle).