Vaping is a recent harm reduction alternative to smoking cigarettes or tobacco. There are various misconceptions and myths about vaping that not many people have heard about. Vaping has been found to be a healthier alternative to smoking because it burns at a lower temperature and exposes you to less harmful contaminants than a conventional cigarette.

Many adults worry that younger folks could be attracted to it due to its tasty flavours such as  peach, cotton candy, fruit loops, strawberry cream, churros, and even “nerdz” candy. Even when e-cigarettes and vaporizers are outlawed for anyone under 19, keep in mind that teens from all generations have gotten access to cigarettes, and will most likely continue to vape in this generation as well. The best thing to do now is to educate yourself and others about vaping so you’re in the know.

What is vaping? How does it work?

A vaporizer is a battery powered heating device that essentially bakes your product, whether it be “e-juice”, cannabis, oils, or DMT which then converts itself into a vapor that can be inhaled.

Vaporizers come in 2 forms, regulated mods (modifications), or unregulated. Unregulated (variable wattage) mods provide a simple switched connection between the battery and the coil. A regulated mod (temperature control/TC) provides more intricate circuit boards and semiconductors to control the voltage/wattage setting. Many mods will also allow a custom temperature coefficient resistance/TCR—resistance-change factor per degree Celsius of temperature. TC mods will work with either nickel, titanium, stainless steel, and kanthal coils; although kanthal will not fluctuate in resistance as it heats up, so in turn is not the best metal to use for TC.

Atomizers, the thing that vaporizes a liquid, also come in 2 forms: drippers, and tanks. Drippers (rebuildable dripping atomizer/RDA) made up of 2 posts holding together a coil and wick  that one would build themselves. To vape from a RDA, you manually remove a cap, drip your “juice” inside onto the coil and wick, and take a hit. Tanks (rebuildable tank atomizer/RTA) can either be built on your own, or come pre-built factory coils that work with a deck on the bottom of the atomizer. Tanks are a bit different because they use a chimney and bell system for vaporizing. And a rebuildable dripping tank atomizer/RDTA, which is essentially a mix of both.

E-liquids have either propylene glycol (PG), Polyethylene glycol (PEG),or Vegetable Glycerine (VG). PG produces a thin vapor at room temperature, hold flavour really well, and hits fairly harsh on the throat. VG has a thicker vapor, but holds less flavour, and is smoother on the throat. Most commercial “juices” will contain a mix of both unless specified. PEG similar to PG,  has many medical uses and is used in vape juice to maintain an even mixture. 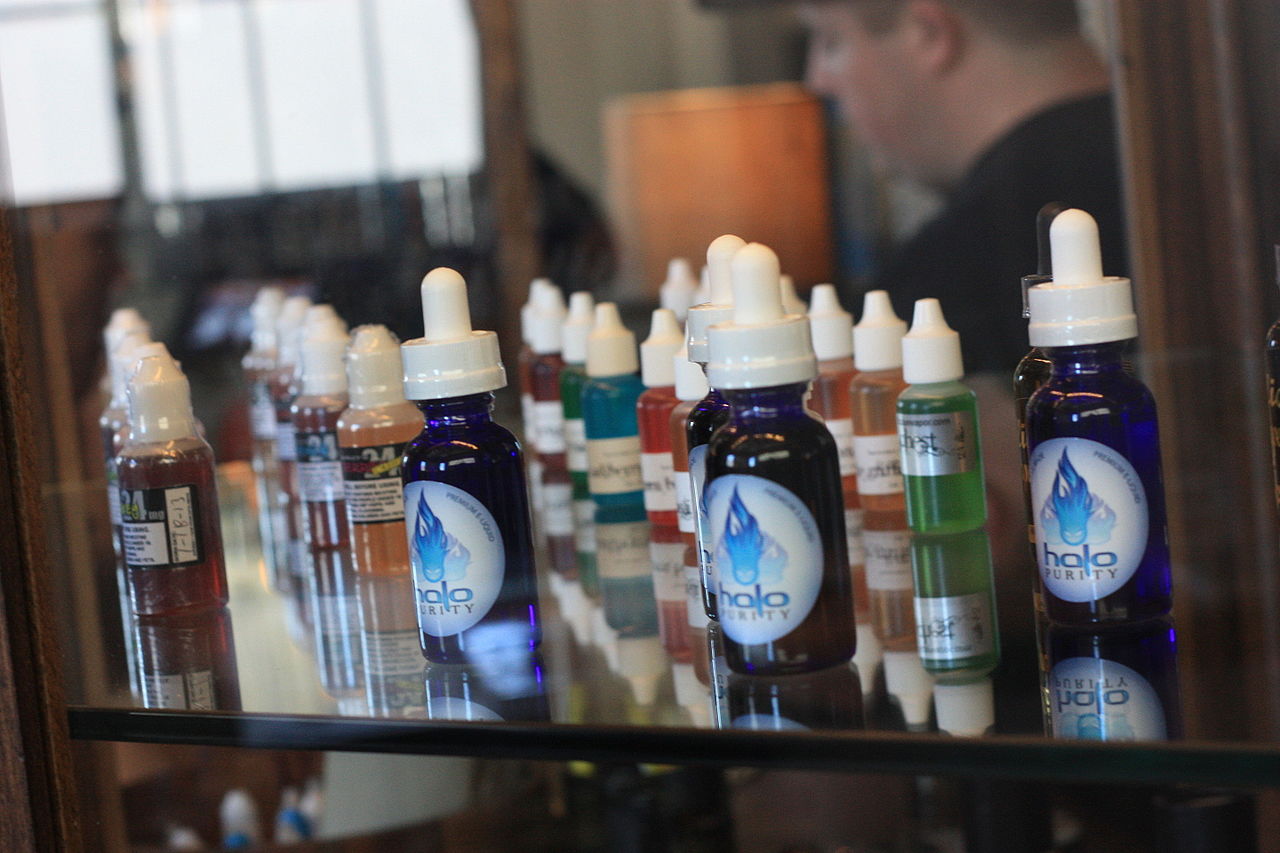 All this can be very confusing in which one would recommend pre-built factory parts/vapes for anyone new to “e-cigarettes”.

Is it bad for you?

Although vaping is commonly known as a “healthy” alternative, it can still have some adverse effects on the body. Many rumours surrounding a link between vaping and popcorn lung have spread throughout the years. There are still a few things to learn:

Vaping DMT
Vaporizing DMT has grown more popularity because of the convenience and benefits. Because you are adding an extra ingredient to your vape, it’s important to customize the settings, ingredients, and tools to better fit a DMT vaping experience. 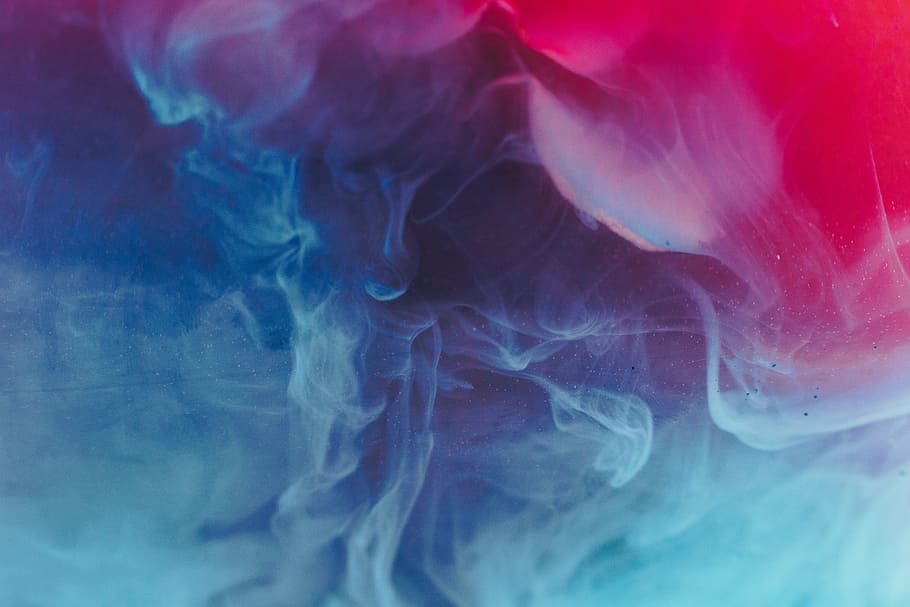 First off, consider the vape itself. Some inexpensive vapes and vape pens will often not provide enough power for a DMT “breakthrough”. It is recommended to use a minimum of 40-50 volts for vaping DMT. Both RDA and RTA are acceptable for DMT purposes. Because DMT’s boiling temperature is 160°C, setting an ideal vaporizer temperature would be around 180°C.

When it comes down to making the DMT juice, dissolving the DMT is more effective using PG; therefore using a juice that is higher in PG concentration than VG (50-70% VG). Using a juice without nicotine is preferable, As nicotine may have some MAOI-inhibitors that interfere with the MAO enzyme, stopping the breakdown of DMT. When dosing your DMT, scaling the crystals is the best method of dosing. 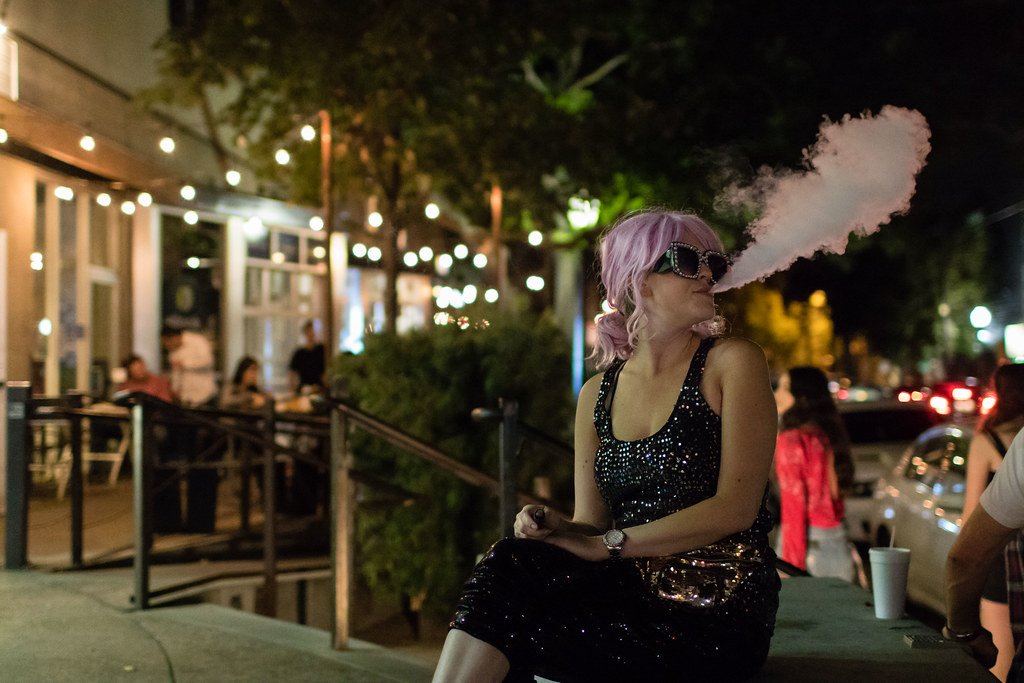 Now with the legalization of cannabis, there are many alternative ways of consuming it, including vaporizing. Vaporizing cannabis can come in a variety of methods which include, table top vaporizers, portable, vape pens, dab pens, and vape cartridges. Each one has its own uses.

Portable vaporizers are a more convenient and discreet way of vaping cannabis. They work similar to a table top vaporizer as in where you put in your product in a heating chamber with temperature control for how thick/potent you’d want the smoke.

There is little to no studies surrounding meth vaping. Vaporizing meth, like other specific substances, require specific methods because meth is pretty much useless if mixed with glycerin while using an atomizer for wax or oils. Secondly, using a rig that does not have exposed coils as the high temperatures can cause the meth to burn and ignite (no good). Using a ceramic donut coil that allows TC (temperature control) helps evenly distribute the heat without burning the meth. As well with coil-less glass atomizers, quartz, and safely dosing your meth with a wattage below 20 and a temperature range of 140C.

By this point you might be questioning whether you’d be able to vape just about anything. This is a question of whether the substance is combustible or smokable and to take into account the risks of vaporizing such substances. It is important to keep in mind any and all other harm reduction practices. Do your research before vaporizing anything; things such as risk of overdose, higher peaks, duration, etc, are all important variable to being safe.

How can I practice harm reduction while vaping?

At times, quitting vaping is not an option. Maybe it’s the best way for you to smoke, or you like the effects of a vaporizer better than other methods. Whatever it is, there are always tons of tips and tricks to how you can practice safer vaping: