Recently I spent some time in a men’s detox centre. This was my experience…

Before arriving at the detox, I spent several hours in the crisis unit of my local hospital. When I arrived in the crisis unit, they took some blood and asked me several questions about why I was there. I told them “I want to get sober”. This was not a fun experience, as there were several drunk and mentally ill people yelling and being generally disruptive all night long. I waited there for almost 5 hours before my blood work was processed and the doctor on staff came to assess if I was fit to go to a detox center. He literally just looked at me and said “i think you’re okay to go.”

Unfortunately they seem to have very little respect for drug users in hospitals. I don’t recommend going to the crisis unit unless you truly are in a state of crisis. If you are in crisis, go to the emergency room of your nearest hospital. Hospitals are never a nice place to be, but at least you’ll get the help you need.

I arrived at St. Mikes detox center at about 1am. It was located on the 3rd floor of a salvation army building in a sketchy downtown Toronto neighborhood. There was a shelter, and a drop in center in the building as well. The place was dingy, and there were patches of plaster all over the walls. The bathroom smelled of urine, because people would rarely flush the urinals. At the back of the washroom were three shower stalls and a small laundry room. 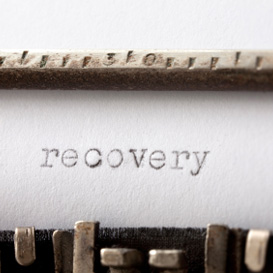 Breakfast was from 6am to 8 am. We would wake up, get our own breakfast which would consist of mini cereal boxes, toast, fruit and coffee. We were allowed to watch TV until the morning meeting.

At 8am we would all meet to talk about our plans for the day, and to talk about any issues or announcements the staff had to make. Some of the issues that came up in these meetings were people spitting in the kitchen sink or people leaving dirty dishes in the sink. You really didn’t have to wash your dishes, because there was a sanitizer in the kitchen. All we were really expected to do is rinse them. For some reason a bunch of grown men were unable to do even this.

After morning meeting we would have another hour to watch TV until Group at 9:00. In group, we would all talk about our recovery plans and goals for an hour. We would then be given a few more hours to watch TV until lunch was served. (people watched A LOT of TV in there)

At 12:00 lunch would be served. It would consist of ham, turkey, tuna or egg salad sandwiches on white bread, canned soup (the kind Andy Warhol made a print of), crackers and milk or juice.

After lunch, we would go about our days. Some people would go off to appointments or to the recreation center across the street. Most people would just stay in the detox and watch the telly or read.

As a queer person, my time there was stressful. Many of the men in there were incredibly chauvinistic and closed-minded. They were constantly making sexist, racist and homophobic comments. The words “bitches” and “broads” were used multiple times every day.

I’m “off the wagon” again, but I don’t feel that my time there was wasted. While there I connected with CAMH Rainbow Services. I had to wait about 2 weeks for an assessment with CAMH addictions services; however I was able to start the first stage of the program several days after the assessment. I’ve been attending weekly meetings with other queer folks where we discuss our goals, struggles and strategies plans for recovery. After a couple more group sessions, I’ll be connected with a personal therapist to start discussing options like medication and an inpatient recovery program.

Reaching out for help is not easy, but when you’re ready it’s available.

For admission to a detox or withdrawal management program in Toronto, you can call central access toll free at 1-866-366-9513. If there are no beds available, try calling again in an hour.

If you would like to seek treatment for addiction or another mental health concern, these numbers may be helpful:

by A TRIP volunteer